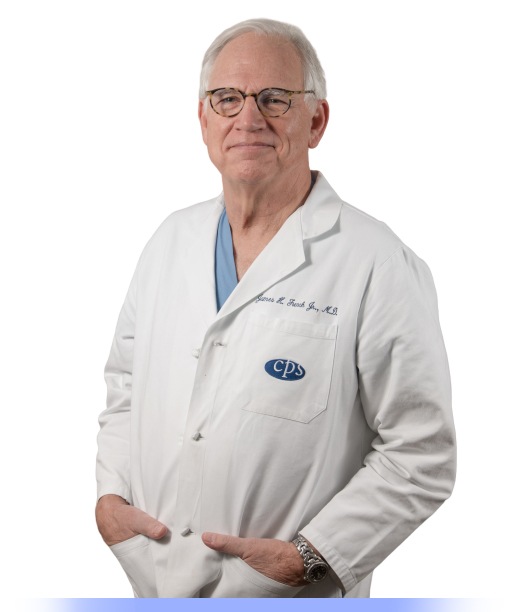 James H. French Jr., MD, FACS is highly regarded by patients and peers for his surgical skill and aesthetic sensibility.

Dr. French is certified by the American Board of Plastic Surgery and is listed in The Best Doctors in America. Dr. French is former Chief of Plastic Surgery at Inova Fairfax Hospital and served on the clinical faculty at Georgetown University School of Medicine. His interests include facial surgery, breast surgery, surgery of the abdomen, liposuction and body contouring.

Dr. French is an Arkansas native. He is a graduate of the Louisiana State University School of Medicine in New Orleans, where he also completed his residency training in general surgery. He received his plastic surgery training at Vanderbilt University and also completed a Craniofacial Surgery Fellowship at New York University. Dr. French held a Presidential Appointment to the National Cancer Advisory Board.

Other past professional appointments include:

Dr. French is a Fellow of the American College of Surgeons. He is also a member of many professional societies, including:

Dr. French has been consistently recognized as one of Washingtonian Magazine’s Top Docs, as well asa “Top Doctor” by Northern Virginia Magazine. Dr. French has also been named “Best Doctor” by Virginia Living.

Services Available at these Locations: